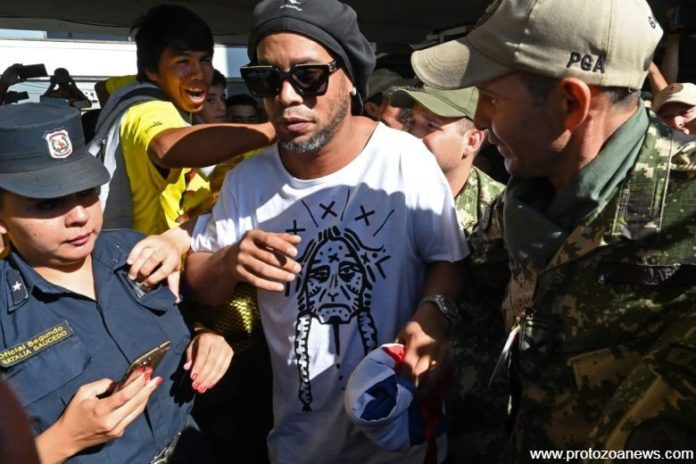 The 39-year old,Brazilian football legend Ronaldinho has been arrested for using the false documentation to enter in a south American country.

The former Barcelona and PSG star Ronaldinho has been arrested in Paraguay for using allegedly false documentation to enter in a country. He and his brother Robert was detained on the Wednesday night according to the Ministry of Interior of Paraguay. 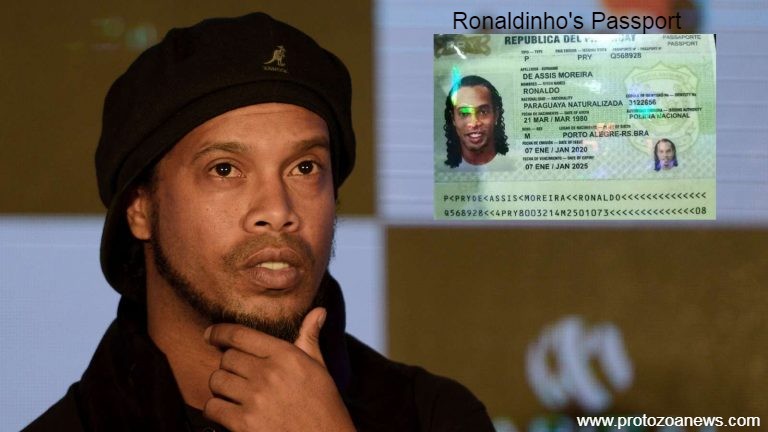 Currently Ronaldihno is without a passport because of the fine he received for the violation of the environmental rules. He is found to be without a Brazilian passport.It is because of the act they committed in 2015 at Lake Guaiba by constructing a fishing trap without a proper licence to do so.

The duo of this brothers was fined with $8.5 million in the November of 2018 and after denying to do so, the supreme court banned the Ronaldihno to leave the country.

Despite being able to leave the country ,Ronaldihno was found to be attending the party at a Paraguayan casino which raised the question How?

He a wonderful career as a football star and became a football legend too. He won the Champions League,La Liga ,Serie A and Copa too. He was unveiled as the Ambassador for tourism in the Brazil. He said,”Tourism is very important for generating jobs and regaining our image internationally,” on the event of selecting as a Ambassador of tourism.

The results of this act will be soon known now.