Home Tech News What What happens if you Fell into a Black Hole? 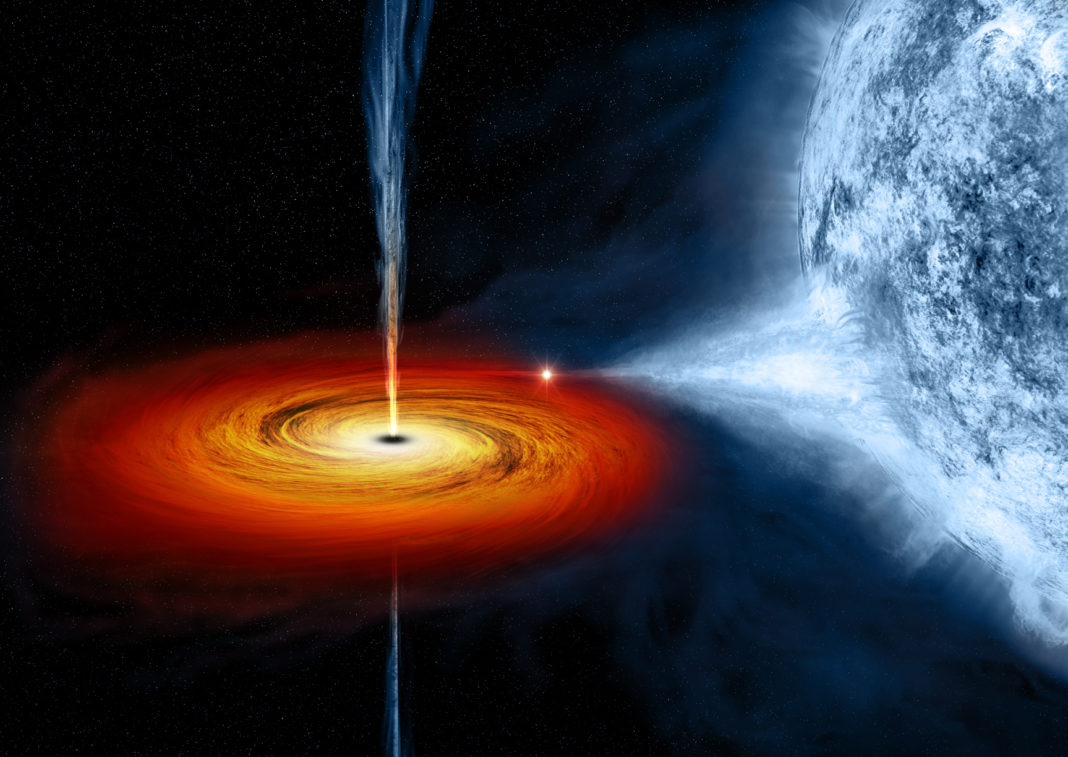 How much do you know about black holes?

What would happen if you fell into one?

Say one day you were exploring space looking for a new planet for humans to inhabit, but came across a black hole and decided – why not check it out?

Would You Have any chances to Survive?

How Would You get Out?

Would there be a shortcut to another universe?

And here’s what would happen, if you fell into a black hole. Despite being “black” and a “hole”, a black hole is not a dark, empty space. In his theory of relativity, Einstein predicted how black holes are formed. When a massive star dies, it leaves a smaller, remnant core behind. If the core’s mass is at least three times bigger than the mass of our Sun, gravity overwhelms all other forces and turns the core into a black hole.

But don’t let its name fool you, but rather a huge amount of matter packed into a very small space. Think of the Sun with its gravitational field 28 times stronger than Earth’s. If you were to walk on the Sun, you’d be 28 times heavier than you are on Earth. Now imagine squeezing four suns into something that is just 15 miles (24 km) in diameter, the distance you can cover in a 30-minute drive.

A black hole’s gravity is so strong, that even light can’t get out. That’s why you’ll never see one. But you can detect it from the gamma-ray bursts that the hole emits. These bursts,were discovered by Stephen Hawking. Stephen Hawking himself believed, “that black holes can be passages to another universe”. So if you were to fall into one, would you find yourself in an alternate dimension?
Every black hole has an event horizon, the point at which the gravitational pull becomes so strong, that you can’t escape from it. If you found yourself outside of that point, you’d see that stars are twisted around a perfect circle of darkness. As you start being pulled toward a black hole, you’d be moving faster and faster, accelerated by the force of gravity.
The gravitational force of a black hole is very, very strong. If your fell feet-first, your legs would be feeling a stronger gravitational pull than your head.  Your body would be stretched apart. The most common black holes are called “stellar”. They can stretch to about 9 miles (15 km) across and be as heavy as 20 suns. If you happened to be pulled towards a stellar black hole, you’d be completely torn apart before you even reach the event horizon.

So make sure to choose a supermassive one.

The one that is a million times heavier than our Sun. In this case, your body would remain unharmed, as you cross the event horizon, as the gravity would be pulling both your feet and your head with almost the same strength. And if you’re wondering where to find one – you don’t have to look too far. There’s one right at the centre of our Milky Way galaxy.
Luckily, it’s 165 quadrillion miles (or 265 quadrillion km) away from us, and will suck neither the Sun nor the planets. Crossing the event horizon is just the beginning of the challenge. There’s a gravitational singularity at the centre of the black hole, where density becomes infinite.

You’d be squashed into that centre, and become one with the black hole. You wouldn’t be able to tell anyone about your experience. However, a person watching you from outside of the event horizon would see a very different scenario. As you were falling into a black hole, they’d see you slowing down, getting dimmer and redder. In the end, you’d just freeze, never crossing the event horizon.

This happens because space time and time in a black hole interchange their roles. At the event horizon, time comes to a standstill, while space, on the other hand, moves forward. You wouldn’t be able to turn around and escape the black hole, any more than you can travel back in time. Even when the black hole eventually died, emitting all the particles it had absorbed (including your body), it would be impossible to tell whether those particles were you.

Stephen Hawking, however, found a way, in which the information about your body wouldn’t be lost.

He theorized that there are alternate universes with different histories. This means, in one reality you fell into a black hole. In the second one, there was no black hole. It’s impossible to be certain from outside of the event horizon, whether there’s a black hole or not until you fall in there. If you crossed the event horizon and there was a black hole…Sayonara…
But if you happened to be in a reality where the black hole didn’t exist, you’d still be alive.
Just in a different universe.
There would be no way for you to get back to ours. Would you dare explore the possibility?

What Is Backlinks? How It Increases Traffic In Your Website?