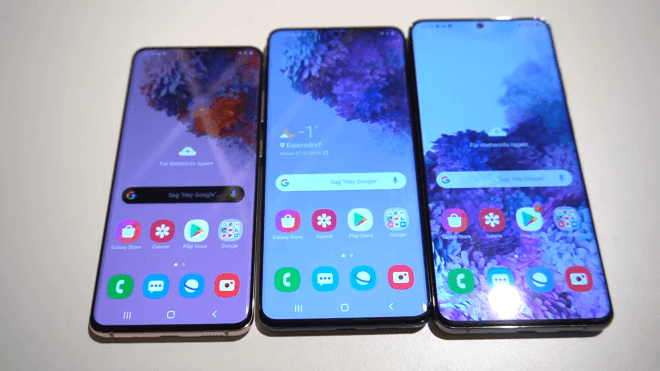 Samsung is sticking to its strategy of launching three versions of its most important flagship smartphones in one year. In any case, this suggests information that there will be three editions of the Samsung Galaxy “S21”.

As colleagues at SamMobile report, Samsung has recently started working on its top three top smartphones for 2021. First, according to the normally reliable sources of the Dutch portal, three variants are developed, each of which is initially in the form of 5G models.

Specifically, the report mentions the model numbers SM-G991, SM-G996 and SM-G998. Provided that Samsung maintains its usual scheme for assigning model numbers, these variants are 5G models, whereby it is open whether there should also be expenses that only bring LTE support .

NAMING HAVE NOT BEEN CONFIRMED YET

It would be conceivable that Samsung only tackles the technically largely identical 4G variants only if the 5G models continue to advance. Ultimately, the difference usually only lies in software adjustments and the elimination of the additional antenna technology required for 5G operation.

Samsung is currently working on memory variants with 128 and 256 gigabytes of internal flash memory. It is questionable whether due to the problematic economic situation due to the spread of the new corona virus, versions with 512 GB or even a terabyte of memory might not be dispensed with entirely. The main problem here is the enormous increase in prices due to the increased storage capacity.

The launch of the new Samsung Galaxy S21 series is expected to take place in spring 2021, as usual, although a lot can change in the product planning until then.